The Long Run, by Matt Long 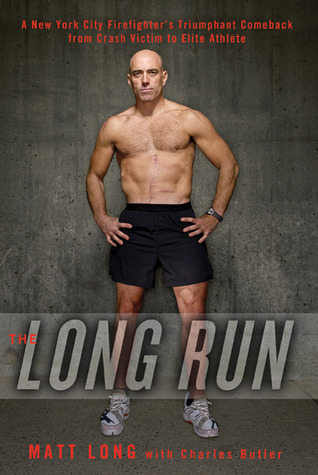 So here's the only thing I think I really *need* to say about this book: If you think that you are having a bad day, or week, or month, or year, just pick up this book. The next time you think you think you've been through something really "difficult" or get caught up in how "hard" your life has been, give, say, the first quarter of it a read. If you ever start feeling sorry for yourself or feel like you're going through something tough and are feeling frustrated & discouraged about how long the road seems, give ol' Matty Long a hundred pages or so. If you still feel the same way after, you are not human.

I don't want to spoil the impact of the first few chapters, but the broad strokes are that Long was a Brooklyn firefighter, BQ marathoner, & Iron Man who got run over by a bus in December 2005 & suffered a litany of absolutely horrific injuries. The book chronicles is journey from a miserable, barely recognizable, barely functional, physical & mental wreck of a human to, well, the guy on the cover of the book. (I won't spoil the ending any more than that.)

So yeah. I've basically decided I don't really get to feel discouraged about anything ever again.

There are a few things about the writing & Long's personality that kind of bug me (particularly with regard to how he seems to view women), but the story itself is just so overwhelmingly incredible that I can't really deduct more than, like, a quarter of a star.