It has been So. Nice. Lately to run whenever I feel like, whatever I feel like, at whatever pace I feel like, without any pressure to cover a certain number of miles or complete specific workouts or hit specific paces. In the mean time, I've been indulging in two other equally important parts of life: Books & wine. Which, if you have good ones, it turns out are not a bad short-term substitute for pounding the pavement.

2014: The Year of the Classics has proceeded pretty much as planned. There have been books I've enjoyed more & ones I've enjoyed less, but I have to say there's been nothing that I've regretted reading. They've all had some value & been worth my time, which I guess is part of what makes something a classic to begin with.

To Kill A Mockingbird, by Harper Lee. I don't fully understand the magic with which Lee has woven this story, but somehow she managed to write a sober, poignant, heartbreaking tale addressing some pretty hardcore themes (race, class, gender, family, community, loyalty, justice, rape, murder, and on and on and on) without it being depressing as hell (though I'm sure having the story told from the point of view of a precocious 7-8 year old has something to do with). I've been avoiding it forever because it sounded so dark and depressing, and though it deals with some pretty serious stuff, it's all unquestionably underlined by the ideas of hope, optimism, compassion, and unwavering belief in the fundamental goodness of human beings.

The Black Prism, by Brent Weeks. I'm always a bit wary of starting a fantasy series because there are just so many ways they can go horrifically bad. The Black Prism was a rare treat, though. Sure, there are a few cliched elements (false/mistaken identity, long-lost progeny of important ruler-person swept up into adventures, powerful beloved ruler-person weighed down by responsibilities/dark secrets/unrequited love), but I didn't mind them because they were executed in such unique and fresh ways, which kept things interesting and (mostly) unpredictable. The young, brilliant, wise, gorgeous, powerful, beloved ruler/religious leader ("The Prism") has a sweet relationship with his mother. His long-lost-suddenly-resurfaced bastard is a sassy, chubby, uncoordinated 15-year-old who is too smart for his own good but has a heart of gold. The ex-fiance for whom the Prism still carries a torch is a hot shit, tough-as-nails soldier & one of his personal bodyguards. Book #2 was if anything better; can't wait to read the last two in the series. (Be warned, though - only the first three of four have been published & there's no word yet on book 4.)

The Farm, by Tom Rob Smith. So this book was based on actual events that happened to the author. In the spring of 2009, Smith received a call from his father saying that he needed to come to Sweden immediately because his mom had suffered a psychotic episode & was in an asylum. And almost immediately after, a call from his mother saying she'd just been released from the hospital, everything his father had told him was a lie, that his dad was involved in a criminal conspiracy, and she was flying to London to explain the truth. You might think, well, obviously, this book has to go one of two ways. Nope. Smith keeps you guessing all the way to the end, with a couple of twists I'm happy to say I never saw coming. Ditto with the resolution. A smart mystery, tight writing, fantastic storytelling, and rich, believable characters? More of this, please.

Jitterbug Perfume, by Tom Robbins. After Fierce Invalids Home from Hot Climates left me rolling my eyes, I wasn't totally sure I wanted to wade any deeper into Tom Robbins. Jitterbug Perfume has become such an iconic book, though, that I felt I had to give it a chance on the strength of the recommendations I've gotten from people who loved it, and I'm happy to say that I enjoyed it. In a lot of ways this is just the type of book I'm looking for when I've been reading a lot of intense, srsbzns stuff -- it's whimsical, irreverent, and overall on the light-hearted side, but still well-written and possessed of a unique, intriguing plot and interesting, well-rounded characters. A quick, fun read if you're in the mood for something a little quirky & irreverent but still clever & well-written.

The Curious Incident of the Dog in the Night-Time, by Mark Haddon. My only complaint about this book is that it was over too soon. Short, cute, & entertainingly written, it's probably just a *little* too serious to properly be called a beach read. A commute read, maybe. Just what I needed to cleanse my palate after Fierce Invalids Home from Hot Climates. 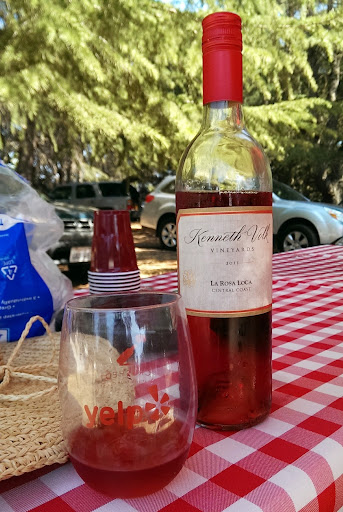 Kenneth Volk 2011 La Rosa Loca, Paso Robles. If you make to Paso & like quirky, unusual varietals like negrette, blaufrankisch, & cabernet pfeffer, you absolutely must make a stop. Listing for ~$18, it is a bit pricey for a rosé, but the last time we were there was in the fall & they were clearing it out for 30% off or something, which made it pretty reasonable for a good pink. Would buy again for maybe up to $15ish. 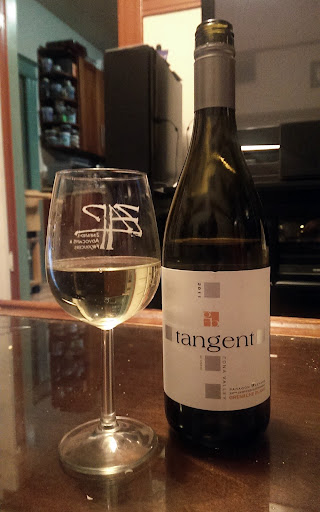 Tangent 2011 Grenache Blanc, Edna Valley (SLO). This, you actually stand a chance of finding outside of the winery, and at ~$15, it's a nice find. Don has a co-worker with a connection to the winery, which is where we learned about it; we also drank a bunch of it in Kauai last fall, since apparently every restaurant there stocks it. When we visited the winery for the first time, we found that we enjoyed just about all of their whites, which are equally reasonably priced. 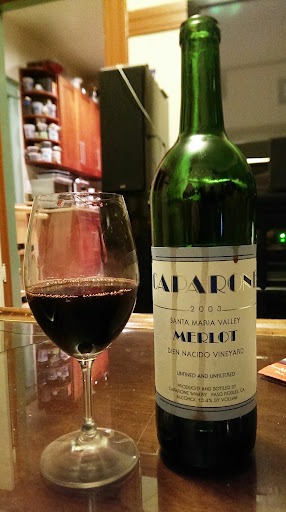 Caperone 2003 Merlot, Paso Robles. Italian merlot??? Yes! You won't find it in stores, but you CAN order it online. Caperone is one of the oldest wineries in Paso Robles & makes several lovely Italian-style reds, all of which we really like. Unlike most wineries, they tend to sell bottles with a reasonable amount of age already on them (pretty sure we bought this 2003 in like 2011), and they're STILL only ~$15, with discounts for half & full cases. 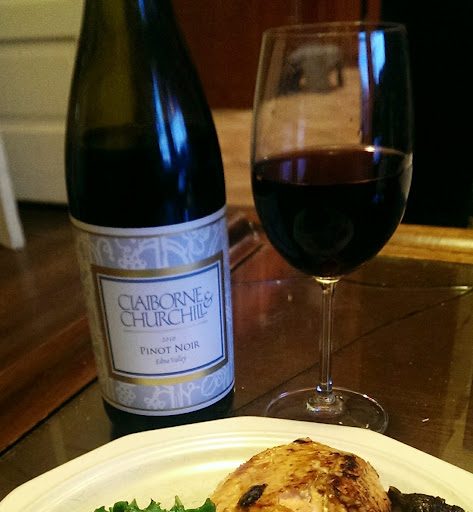 Claiborne & Churchill 2009 Pinot Noir, Edna Valley. Another random find on our trip to SLO last fall. I always kind of cross my fingers any time I open a bottle I know I bought towards the end of the day, so I was incredibly pleased when I opened this a couple weeks back to have with grilled salmon. I don't remember the exact price, but I'm guessing it was probably under $30, and any time you can find a solid pinot for under $30, you're doing quite well. 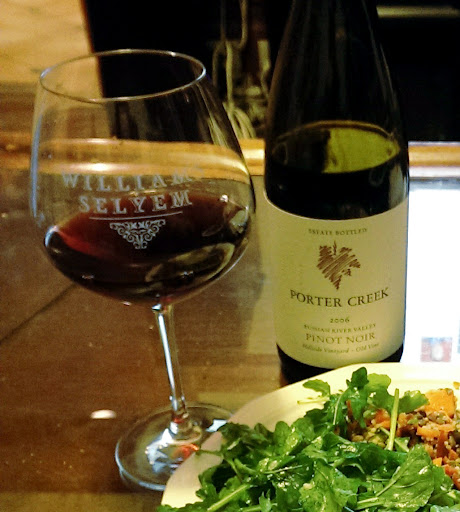 Porter Creek 2006 Hillside Vineyard Pinot Noir, Russian River (Sonoma). More salmon = more pinot. This maybe a little trickier to get without visiting the winery and is a bit pricier (apparently the current vintage will set you back $65? Pretty sure it wasn't *quite* that insane when we bought this one), but GOD was it worth every penny.

So yes. A little break from running is survivable with good books & wine. If you find yourself needing one, you now have my recommendations in both categories. :)

You guys, I was so close to giving this one five stars. In fact, I'd say I'd still give it a solid four and a half if that were an option. The writing is tight and impressive without getting flowery. The Prism continues to be one of the most well-written hero-type fantasy protagonists I've ever read. I continue to adore his kick-ass love interest & her martial arts skills. His insecure-yet-earnest, almost-too-smart-for-his-own-good teenage bastard son is so believable it hurts. Bad guys do honorable things and have understandable motives. Good guys sometimes do crappy things. Ambivalent characters abound. Political machinations are brilliantly executed. And over the course of book two, it becomes clear that certain narrative arcs are coming home to roost, some of them so artfully crafted that they didn't even look like narrative arcs until now. What you thought was characterization was actually plot. What you thought was plot was characterization. He's a clever, calculating man, this Brent Weeks.

Even the things that for me keep it from being five stars really fall into the category of personal preference. For one, I hate battle scenes. (They are Just. So. BORING. If all books with multi-page/multi-chapter battle scenes could just replace them with a single page that reads "They fight," & then list any relevant plot points, that'd be super sweet.) And then there were a couple of rather mushy scenes that kind of made me go, "Ugh, this...", although I suppose they were inevitable in terms of the story and were admittedly skillfully written.

So yeah. My bar for fantasy is high. The Black Prism exceeded it, and The Blinding Knife was even better. I'm glad I didn't hear about these books until the last one in the trilogy (The Broken Eye) came out, because I can't wait to find out how it ends.

(Update: Eff. I just found out there's a fourth book that isn't out yet. *Shakes fist at sky* On the other hand, this does mean that I likely get another 600+ pages of awesome from Weeks, so on the balance I probably come out ahead in this one.)